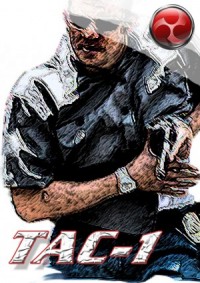 The Future of Constitutional Carry in California

The Second Amendment provides, “A well regulated Militia, being necessary to the security of a free State, the right of the people to keep and bear arms, shall not be infringed.”  In 2008, the Supreme Court in Heller declared that the Second Amendment confers an individual right to carry a firearm in case of confrontation.  Since then, there has been no doubt that there is a Fundamental Right to bear arms in the home, because the case decided in 2008 related to a regulation applying to the home.  Those opposed to lawful gun ownership and possession have argued that the Fundamental Right is limited to the home, and does not confer a right to carry a weapon outside the home.   As discussed below, Federal District and Circuit Courts have come to different conclusions, necessitating Supreme Court clarification in the very near future.

Constitutional Carry refers to the right to possess a loaded weapon for self-defense outside the home.  Currently, in California and a few other States, this Fundamental Right is infringed by a confluence of discretionary concealed weapon laws and bans on openly carrying firearms, precluding any avenue for the exercise of the Right. Most people not familiar with the issue of guns in America are surprised to learn that 43 States allow any law abiding citizen to carry a concealed weapon for self-defense as a matter of right, and a few other permit it is as a matter of practice on a State-wide or county level.  Of those States that have adopted a Constitutional Carry plan, each saw reductions in violent crime and accidental gun injuries[2].

Generally, there are three methods for exercising the Fundamental Constitutional Right to Carry a weapon for self-defense; the State Constitution, “shall issue” licensing and “may issue” licensing.  At least three States have now adopted Constitutional Carry which permits all residents of the State to carry a concealed weapon without training or a background check.  “Shall issue” licensing is the most prevalent form of State regulation of the Right to Bear Arms and requires a background check and some form of State approved training.  “May issue” licensing grants discretion to the issuing authority to determine if a valid need exists.  It is the “may issue” States that are being challenged in legal proceedings that appear destined for the Supreme Court in the next year.

In general, the concern with “may issue” licensing is not training or background checks, but the unfettered governmental discretion wielded by government officials to decide if someone “needs” to exercise their right.  The restrictive “may issue” states are California, Delaware, Hawaii, Maryland, Massachusetts, New Jersey and New York.  There are significant legal challenges pending against California (see below) and Maryland (Woollard , 4th Circuit).  Two significant Appellate cases were also resolved this year, one in favor of Constitutional Carry (Moore 7th Circuit), and the other supporting New York’s discretionary policies (Kachalsky 2nd Circuit). There is no direct right to appeal a Circuit Court decision, and it is generally deemed a final judgment; however, the Supreme Court reviews requests to review Circuit Court Appellate decisions by way of what is known as a writ of certiorari.  Generally, the Supreme Court avoids stepping into a national issue until there is a firmly established split among the various Appellate Circuits.  As such, the Court denied the request to review Kachalsky, and it is likely they will deny the request to review Woollard pending decisions by the 9th Circuit below.

In Maryland (Woollard), a Federal court Judge found the State’s practices to be unconstitutional, but the Appellate Court reversed, issuing an opinion similar to the loss in New York.  A petition for Supreme Court review has been filed.  New York’s system was challenged in Kachalsky, and the discretionary policy was upheld by the trial and Appellate Court, with the Supreme Court denying a request to review the ruling, making it a final judgment.  The 10th Circuit issued an opinion earlier this year, but it was non-conclusive because of substantial procedural errors, but arguably the Court did signal that if it had been properly presented, they would have come out in favor of Constitutional Carry.  Because of the similarity between Woollard and Kachalsky, along with the other pending Circuit matters below, it is presumed that the Woollard request for review will be denied.

It is important to note that, unlike most of the other Fundamental Rights in the Bill of Rights, and even those created by the Supreme Court (abortion founded in privacy founded in the penumbra of rights) which have had, in some cases, 150 years of evolving case law, the Second Amendment was not declared a Fundamental Right until 2008 in Heller.  The ruling in Heller and was found applicable to the states in 2010 Supreme Court decision in McDonald. As such, the history of Second Amendment jurisprudence is really just beginning, and in the 9th Circuit (as well as nationally given the expected denial of Supreme Court review until the 9th Circuit issues its’ opinions) was set back many years by a procedurally flawed case known as Nordyke.  As such, while the Fundamental Right has been around since the beginning of our great nation, and many would argue long before, it does not really exist in legal texts applicable to the States until 2010, thus marking the beginning of Constitutional Carry Civil Rights litigation at the District Court level in a meaningful way.

In Moore 7th Circuit Court of Appeal declared that Illinois, the last no issue state, caused Illinois to adopt a “shall issue” licensing system.  The Courts’ ruling sums up the bulk of the legal authority offered by the Supreme Court to date:

Nor can we ignore the implication of the analysis that the constitutional right of armed self-defense is broader than the right to have a gun in one’s home.  The first sentence of the McDonald opinion states that “two years ago, in District of Columbia v. Heller, we held that the Second Amendment protects the right to keep and bear arms for the purpose of self-defense,” and later in the opinion we read that “Heller explored the right’s origins, noting that the 1689 English Bill of Rights explicitly protected a right to keep arms for self-defense, and that by 1765, Blackstone was able to assert that the right to keep and bear arms was `one of the fundamental rights of Englishmen,’. And immediately the Court adds that “Blackstone’s assessment was shared by the American colonists.”

Both Heller and McDonald do say that “the need for defense of self, family, and property is most acute” in the home, but that doesn’t mean it is not acute outside the home. Heller repeatedly invokes a broader Second Amendment right than the right to have a gun in one’s home, as when it says that the amendment “guarantee[s] the individual right to possess and carry weapons in case of confrontation.”  Confrontations are not limited to the home.

This means we have a Circuit split in authority, and will have several opinions issued in the 9th Circuit (California) over the next few months, hopefully either granting us full relief similar to Moore, or leading to a Supreme Court review likely to grant us relief similar to Moore.  With the expected denial of cert in Woollard, all eyes turn to California, long delayed because of Nordyke, but now free of that debacle and likely the last Federal Appellate battleground before this issue returns to the Supreme Court if review is denied as expected in Woollard.

California presents an interesting backdrop for this last skirmish because the State recently banned the open carrying of firearms, an outlet that exists in other States that are “may issue” and restrict access to licenses.  With the open carry ban in California, the only lawful way to carry a weapon is with a permit, but the permitting process is flawed in that it gives each county Sheriff unfettered discretion to decide who “needs” a permit.  Sacramento, the State Capital, will issue a concealed weapons permit to any law abiding citizen for purposes of self-defense as will a vast majority of the 58 Counties, but the Sheriffs and Police Chiefs in major urban cities like Los Angeles and San Francisco refuse to issue permits almost completely.  In Los Angeles, the LASD and LAPD require a showing of a clear and present danger of immediate bodily harm[3], and in the past 20 years, the LAPD has only issued four new civilian permits and has less than 20 current permits while serving a population of nearly 4,000,000 residents.

In California, there are six cases heading for decision.  These case are broken in to three clusters, First Richards/Peruta, then Birdt/Thomson/Raulinaitis and finally, McKay.  Richards/Peruta are cases from Yolo and San Diego Counties respectively and were both decided on similar grounds- that because the applicants could openly carry firearms, they had an alternative way of exercising their rights, thus allowing the courts to dodge the issue.  These cases have been fully briefed with oral arguments last year, and a decision could issue at any moment.  It is possible the Court could again side-step the discretion issue because the law regarding open carry has changed, causing the Court to send the cases back for reconsideration given that the law upon which each opinion was based no longer exists.

The Birdt/Thomson/Raulinaitis cases directly challenge the practices of various agencies in Los Angeles, which all maintain a policy requiring a showing of clear and present danger before they will issue a permit.   These cases were all decided by summary judgment with the trial court finding that the exercise of discretion was permitted and did not discuss the open carry option, as it was no longer applicable.  McKay is a recently filed case that sought a preliminary injunction before the case had been litigated.  The motion was denied and an appeal taken, and while it adds nothing to this area of law, it will provide immediate relief to Orange County residents should one of the cases above prevail.

So for the future, we have a number of options that all lead to Supreme Court review in the very near future, with possible immediate relief in California in the interim.  More likely, we will all have to wait for a final Supreme Court decision, allowing the residents of Maryland and New York to re-file and catch up with the Supreme Court ruling.  As it stands, a grant of review in Woollard could have the effect of a nationwide stay on litigation, but also expedites our path to a Supreme Court decision and would be an excellent case for review.  Absent that, it is expected that the 9th Circuit will be proactive, similar to the 7th Circuit in Moore.  However, with that success, we will also see a petition for Supreme Court review that will likely be granted as the Circuit vote be 2-2, or even with a loss, there will be a 3-1 circuit split that will be ripe for resolution.  At the present, we wait for the 9th Circuit to issue an opinion in any of the 6 cases before it.  Generally, the 9th Circuit issues opinions up to a year after oral arguments, and Richards/Peruta were both argued in December, 2012.

[1] The author is an AV Premient Civil Litigation and trial attorney who lives with his family in Southern California.  He is a life Member of the NRA, NRA RSO and avid recreational shooter.

[3] “Convincing evidence of a clear and present danger to life or of great bodily harm to the applicant, his spouse or dependent child, which cannot be adequately dealt with by existing law enforcement resources and which danger cannot be reasonably avoided by alternative measures, and which danger would be significantly mitigated by the applicant’s carrying of a concealed firearm.”